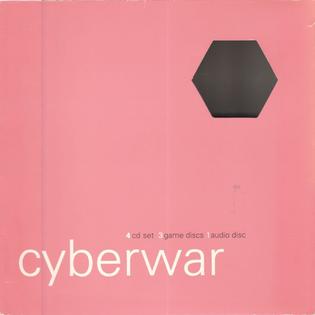 Cyberwar is a PC game based on the film The Lawnmower Man and a direct sequel to the video game adaptation of the film, which itself takes place after the film.

The player is assigned the role of Dr. Angelo, sent in to Virtual Reality to defeat Jobe, who, in the film was born simple but increased his brain capacity by 400% using Virtual Reality. He eventually leaves his physical body and enters VR permanently. The various gameplay elements are based on the Virtual Reality segments seen in the original film. For instance, one of the levels has the player flying through tunnels avoiding multiple objects, much like one of the games in the film.

If the player misses any part of any challenge, he reaches a game over. Cyberwar consists of three discs but also includes a CD with the soundtrack featured in the game.