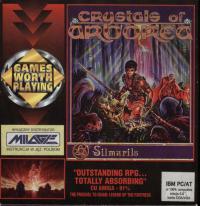 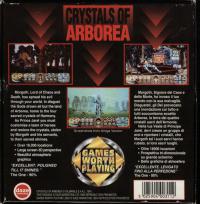 Crystals of Arborea is a medieval fantasy role-playing video game developed and published by Silmarils, and released in 1990 for the Amiga, Atari ST and DOS. The game is a precursor to the Ishar trilogy, a series also produced by Silmarils, and together they were re-distributed as the Ishar Compilation in 2009.